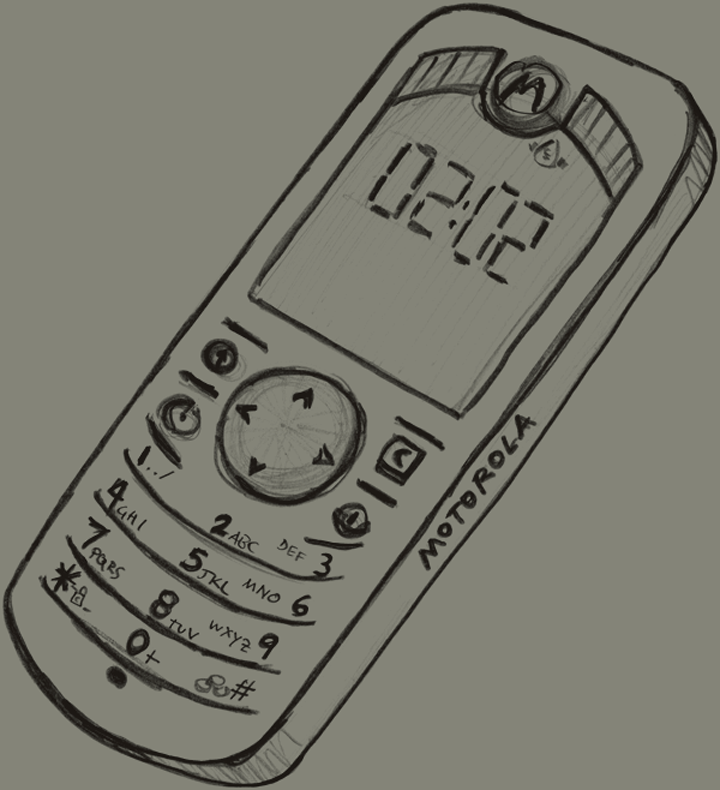 Our contemporary culture idolizes the cellular telephone. Each new wave of high-tech “mobile devices” incites Beatles-like hysteria amongst facebooking-teenage-girls and their techno-junkie-dads. Despite the hype, these wireless monstrosities are riddled with unintuitive menus and ridiculous feature glut. Where is the modern mobile equivalent to the “real phone”?

“Real phones” recall the time before classrooms, restaurants and bathroom stalls were constantly invaded by stray rings, muffled conversation and subsequent apologies. Bags and purses contained chapstick, chewing gum and the occasional sandwich, not a telephone. When you needed to call someone you picked up a receiver that plugged into a wall—or, god help you, looked for a pay phone. Typically if the phone lines were working, you could always dial out—no batteries or electricity needed. Keeping this purity in mind, I recently hunted for a passable modern mobile substitute.

While the iPhone has become the poster child for nouveau mobile devices (my father and sister have certainly been proselytized), my goal was to search out the luddite alternative. Amidst the shining, google-map enabled rabble I found the Motorola Motofone F3, a cellphone meant to be just that, a phone. In design and construction it is tantamount to the Model T: functional, utilitarian, and available in any color imaginable—as long as it is black. Rugged enough to be dropped from a three story row-house, and yet light and thin enough to unobtrusively fit in the pocket of even the tightest art-school Levis! Equipped with the capacity for making calls and sending texts, the phone’s menu totals just six items, all of which control a serious operating function. Although some might be turned off by the lack of options and difficulty in reading lengthier text messages (remember trying to spell “boobs” on an old Casio calculator-wristwatch? the screen of the Motofone reads about like that), the overarching restraint and sturdy elegance won me over.

Now, I am not against technology, far from it. I embrace technology! However, in our contemporary American cell-phone market “new technology” means a miscellany of extraneous features: mp3 players, virtual dice games, crappy cameras and the ability to watch television. No longer in the market of providing communication, our phone companies instead focus on providing entertainment. Too bad they never perfected the communicating part.

The Motofone is a response to this predicament. It isn’t glamorous; it’s serviceable. It just plain works. Instead of gadgetry disguised as innovation the Motofone is an elegant and elementary reply to the mobile market awash in a sea of banal techno-trickery.